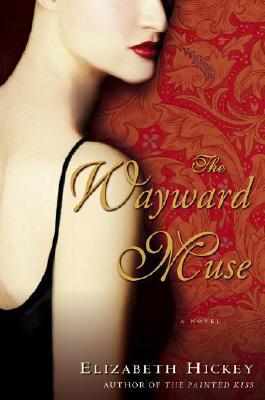 "I apologize again for my boldness, but I must tell you that you're the most beautiful girl in Oxford. Maybe in all of England. I have to put you in my painting."


W ith these words, the scandalous, wildly talented painter Dante Gabriel Rossetti changes seventeen-year-old Jane Burden's life forever. Jane's gaunt, awkward figure and grave expression have cemented her reputation as the ugliest girl in Oxford. Raised by a stableman on Holywell Street -- the town's most sordid and despicable slum -- Jane is nearly resigned to marry in-kind. But when she meets Rossetti at the theater, he sees beyond her worn, ill-fitting dress and unruly hair and is stirred by her unconventional beauty. The charismatic painter whisks Jane into Oxford's exclusive art scene as his muse, and during the long and intimate hours of modeling -- draping and tilting, gazing and posing -- Jane finds herself falling in love.

When Rossetti abruptly leaves Oxford with no plans to return, brokenhearted Jane settles for a stable, if passionless, marriage to his soft-spoken protege, William Morris -- the man who would go on to become the father of the British Arts and Crafts Movement. Jane resigns herself to life as a respectable wife and mother, exchanging the slop bucket for intricate needlepoint, willing away the memories of Rossetti and what could have been.

But Rossetti and Jane are inextricably bound together by tragedy, art, and desire, and no amount of time or distance can separate them. Ultimately this complicated arrangement with which Jane, Morris, and Rossetti must learn to live threatens to undo them all. Richly textured and deftly portrayed, Elizabeth Hickey's latest is a compelling portrait of the ever-changing notions of both love and beauty.
Reviews from Goodreads.com