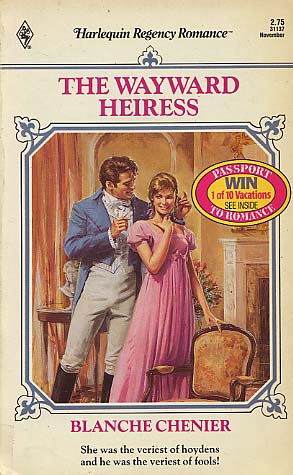 SHE was irresistible as she was infuriating

When Emma Armstead slid down the bannister at the Houghton Academy for Young Ladies, she slid right into Lord Brandford's heart. But Charles didn't know it and for some little time, he and Emma were at daggers drawn.

Only when one of Emma's harebrained ideas to rescue a soldier in distress led her to France, did Charles realize he could lose what he had only just found.

Together they outwitted Napoleon's army, transported a donkey against her will, and arrived back in England with an understanding between them. But when Charles sought per-mission from the starchy Headmistresses of the Academy for his dear Emma's hand, he was to learn that his darling beloved had played him yet another hoax!
Reviews from Goodreads.com