The Way It Is — Kareem 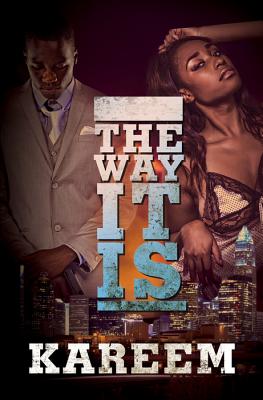 In the streets, where thuggin' and criminal activity are certainly the norm, damn near anything goes, and Derrick Bellamy is no exception. In his quest to get his mother and little brother out of the hood, he chooses to hustle coke. To assist Derrick, his girlfriend decides to introduce him to Fat Jerome, a big-timer in the drug game. But when she reveals a previous dark encounter between her and Fat Jerome, Derrick becomes furious and contemplates the unthinkable.

While Derrick is busy with street matters, he doesn't take into consideration how much his actions are affecting his family. Neither is he focused enough to do anything about it -- that is, until he has an encounter with the law and his outlook on life begins to change.

Follow Derrick and a cast of characters from the hood as they wreak havoc on unsuspecting individuals, all in the name of getting what they desire, whether right or wrong. No one can convince them to change their ways. Like it or not, that's just the way it is with them.
Reviews from Goodreads.com