The Wave of Death — Richard Foster 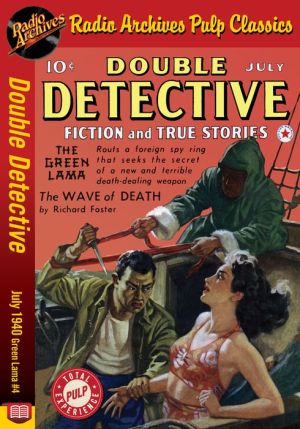 Share:
The Green Lama untangles the threads of a complicated murder and spy plot with the help of his faithful followers and the assistance of that remarkable woman of mystery — the inscrutable Magga. The jade-robed Buddhist priest who battled crime as The Green Lama is back! Conceived in 1939 to compete with The Shadow, it was an outlandish concept. While The Shadow possessed the power to cloud men’s minds. The Green Lama relied on other, even weirder, powers — including the ability to become radioactive and electrically shock opponents into submission! He carried a traditional Tibetan scarf, which he employed to bind and befuddle opponents, and possessed a knowledge of vulnerable nerve centers which he put to good use in hand-and-hand combat. Om Mani Padme Hum! The Green Lama knows!