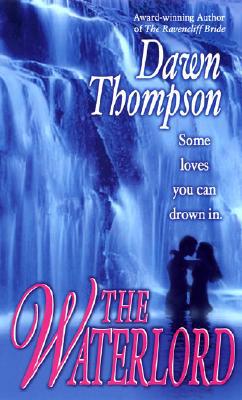 Lady Rebecca's life changed forever in the blink of an eye. One moment she was fleeing her father across a storm-swept Bodmin Moor; in the next, her carriage overturned on a steep gorge. But she did not die. Somehow, she was pulled clear.

Safety, her rescuer promised. But how could Becca feel safe? There was an eerie luminosity about him, a fluid silver aura like the lightning filling the night. And while his voice was deep, mellow--comforting, like the music a stream made while rushing over pebbles--it, too, held a hint of the otherworldly. Who was this strange savior, this displaced foreign nobleman who offered up his home and did not want her to leave? Long moonlit walks to the nearby waterfall, tight-lipped servants, a kiss unlike any other: everything about the Count was an enigma. Becca had heard myths of the Fossegrim: creatures driven to find ecstasy with human women and then vanish forever. From their world, humans never returned. This man, Becca was willing to follow.
Reviews from Goodreads.com