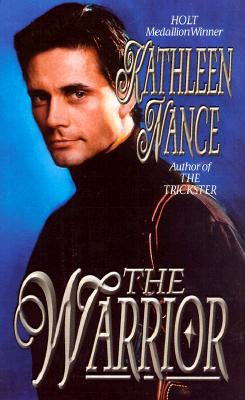 THE WAGER
For centuries, Cupid had been getting all the credit. But now Zeus and Hera had decided to put their matchmaking skills to the test. Yet teaching a self-reliant woman and a descendent of Ares--the god of war--to love was nothing short of a Herculean task.

THE WOMAN
Callie Gabriel grew up knowing that men meant trouble. The fiercely independent vegetarian chef managed her own restaurant and starred in a cooking show with a devoted following. Though she knew men only led to heartache, she couldn't help wanting to break through Armond Marceux's veneer of casual elegance to the primal desires that lurked beneath.

THE WARRIOR
Armond was dedicated to his job; so dedicated he left Callie in order to pursue an undercover FBI assignment. He returned a broken man, his memories stolen by the criminal he sought to bring in. His mind couldn't remember Callie or the night of wild lovemaking that left her pregnant. But his body could never forget the feel of her curves against him. And even though Callie insisted she didn't need him, Armond needed her--for she was the key to stirring not only his memories, but also his passions.
Reviews from Goodreads.com