The Warriors of Dawn — M.A. Foster 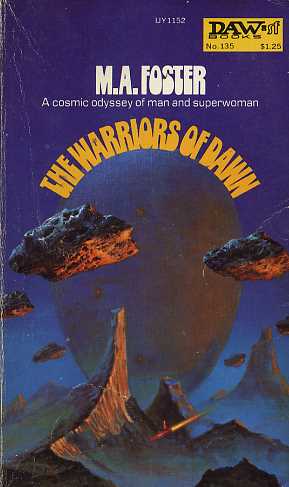 Share:
The human race had divided into two species. One had created the other-- normal humans had experimented in forced evolution and had produced the ler, a sort of superman race, but pacifistic and contemplative.

The ler fled from the turbulent worlds of homo sapiens and established their own quiet planetary colonies. Which made it all the more inexplicable when reports came in of fierce planetary marauders, looting and burning, who were of ler ancestry.

The existence of barbarian lers was a contradiction in terms. And the search for their reasons for existence was to take a human male and a ler female into an expedition into strange worlds and the unsuspected bypasses of all the systems of science and philosophy.