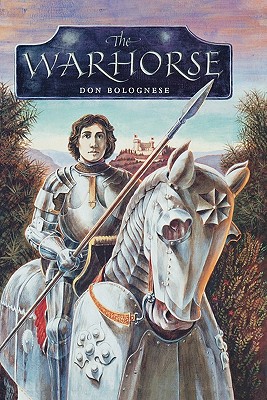 "Your training in arms is to be used only for our work here in the armory; I will never allow you to go to war. Never!"
Lorenzo felt as if he had been kicked in the stomach.

Fifteen-year-old Lorenzo Arrighi, the son of the duke's master armorer, shows a great deal of talent for his father's craft, but he longs for adventure and the glory of battle. His father forbids him to go to war, but when Lorenzo learns of an attack planned against the duke, he and his beloved warhorse, Scoppio, are suddenly plunged into the midst of a fierce conflict between two rival cities. What Lorenzo experiences will forever change the way he feels about the world -- and his place in it.

Don Bolognese's exciting text and detailed illustrations bring to life this grand adventure of a boy caught up in the romance of art and war in Renaissance Italy.