The War of Wars — Robert Harvey 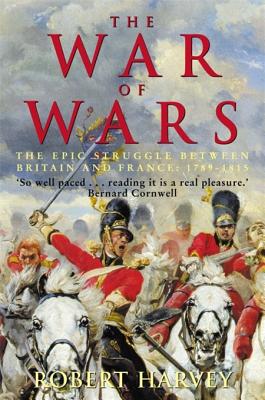 Share:
Robert Harvey brilliantly recreates the story of the greatest conflict that stretches from the first blaze of revolution in Paris in 1789 to final victory on the muddy fields of Waterloo. On land and at sea, throughout the four corners of the continent, from the frozen plains surrounding Moscow and terror on the Caribbean seas, to the muddy low lands of Flanders and the becalmed waters of Trafalgar, The War of Wars tells the powerful story of the greatest conflict of the age.