The War for Eternity — Christopher Rowley 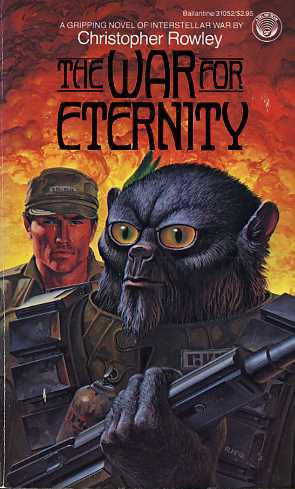 A WORLD UNDER ATTACK

The bearlike aliens of Fenrille had long been allies of the fiercely independent human clans. Together Men and Fein ruled the wooded highland of the odd planet's single continent. And together they grew rich, for only the people of the highlands could harvest the drug that kept men forever young.

Then the masters of a distant Earth sent a starfleet with a force of brutal Space Marines to seize the planet. But they weren't prepared for the colonists' stiff resistance and no one had warned them of the aliens' very special defenses.
Reviews from Goodreads.com