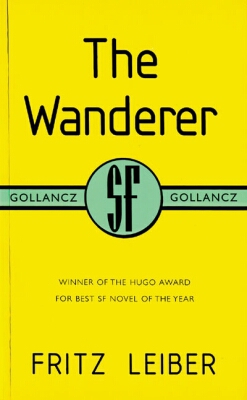 All eyes were watching the eclipse of the Moon when the Wanderer came. Only a few scientists had even suspected its presence, and then, suddenly and silently, it was there, dwarfing and threatening the Moon, wreaking havoc on Earth with the tides and the weather. The huge, garishly coloured artificial world is a vast, impersonal force travelling through hyperspace, stopping in the Solar System only to refuel. But its mere presence is a catastrophe for the inhabitants of Earth, who all struggle to survive the climactic chaos it unleashes.

The Wanderer is Fritz Leiber's towering SF achievement. It was the deserved winner of the Hugo Award when first published and, with its multi-viewpoint technique and tense, thrilling narrative, it is the model for all subsequent disaster novels. It brilliantly describes the days of chaos as total destruction threatens the Earth.
Reviews from Goodreads.com