The Voyage of the Dawn Treader — C.S. Lewis 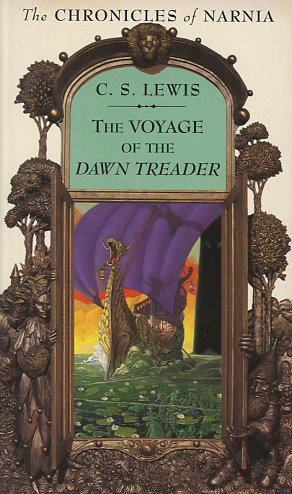 Share:
The Dawn Treader will take you places you never dreamed existed.

NARNIA . . . where anything can happen (and most often does) . . . and where the adventure begins.

The Dawn Treader is the first ship Narnia has seen in centuries. King Caspian has built it for his voyage to find the seven lords, good men whom his evil uncle Miraz banished when he usurped the throne. The journey takes Edmund, Lucy, their cousin Eustace, and Caspian to the Eastern Islands, beyond the Silver Sea, toward Aslan's country at the End of the World.