The Vortex Blaster / Masters of the Vortex — E.E. "Doc" Smith 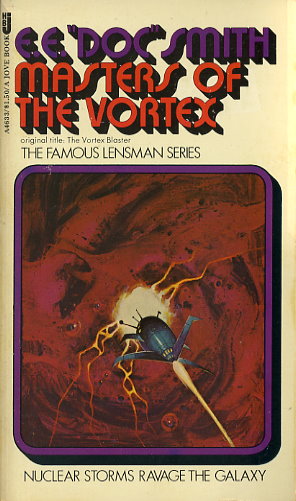 A churning nuclear fireball, appearing out of nowhere, bringing utter destruction--and countless numbers of them were menacing planets throughout the Galaxy!

"Storm" Cloud, nucleonic genius, set out in his spaceship Vortex Blaster to track and destroy the mysterious vortices--and embarked on a saga of adventure, discovery and conflict among the far stars that could have been told only by the incomparable "Doc" Smith!
Reviews from Goodreads.com