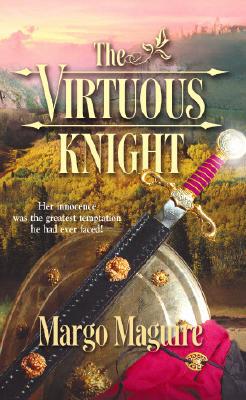 Share:
Her innocence was the greatest temptation he had ever faced!

One Thought Consumed Her: Escape!
Lucy Kendal would do anything to leave the convent she'd called home since girlhood. But never had she dreamed the world contained such danger -- and such desire -- as she'd experienced firsthand. Though Sir Alexander Breton had rescued her countless times, he also stirred in her a sense of wildness -- something he was honor bound never to fulfill!

One Emotion Compelled Him: Grief!
Widowed knight Alexander Breton had gone crusading to retreat from sorrow. Indeed, he was to take monastic vows after fulfilling a sacred quest for a dying friend. But fate decreed he would instead find Lucy Kendal, the brave, beauteous innocent, who needed protection...and needed him!