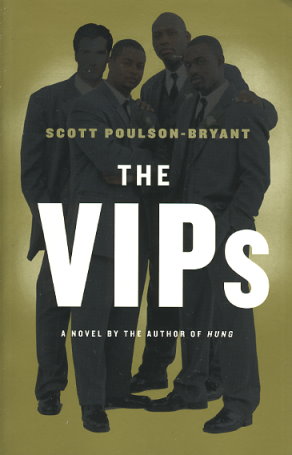 Share:
SCOTT POULSON-BRYANT BRINGS THE HEAT IN THIS RIP-ROARING TALE OF SECRETS, SEX, AND BETRAYAL.

ON a steamy June day in New York City, mega-star rapper TNT gathers together a group of four successful men, childhood friends who called themselves the VIPs." Leo Bradford is a gay publishing magnate; Barry Chambers is a playboy attorney from the wrong side of the tracks; Joey Ramirez is a high-flying fashion designer who has managed to triumph over a life of abuse; and Duke Maynard is a recently retired NFL star. These four men have a history and bond that could be torn apart by a night of passion one of them had long ago.

The VIPs, who haven't seen one another in years, are greeted at the Hotel Gansevoort by an openly hostile TNT, who asks them this bombshell question: Which one of you bastards is my father? Shocking, hilarious, suspenseful, and ultimately incredibly moving, The VIPs will have readers furiously turning the pages to find out who the real father is.