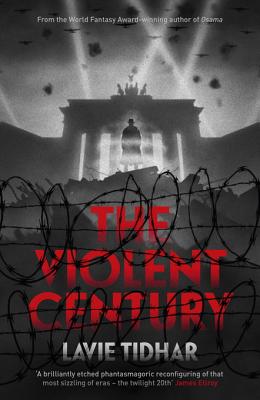 John le Carr meets Alan Moore's The Watchmen in this stunning novel by one of science fiction's most original voices. For seventy years they guarded the British Empire. Oblivion and Fogg, inseparable friends, bound together by a shared fate. Until one night in Berlin, in the aftermath of the Second World War, and a secret that tore them apart. But there must always be an account... and the past has a habit of catching up to the present. Now, recalled to the Retirement Bureau from which no one can retire, Fogg and Oblivion must face up to a past of terrible war and unacknowledged heroism - a life of dusty corridors and secret rooms, of furtive meetings and blood-stained fields - to answer one last, impossible question: What makes a hero? 'Espionage inhabits a sort of parallel universe. Lavie Tidhar has taken this idea and run with it, creating a sophisticated, moving and gripping take on 20th century conflicts and our capacity for love and hate, honour and betrayal.' Daily Mail
Reviews from Goodreads.com