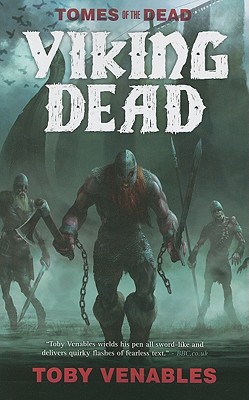 Share:
Vikings versus Zombies.
976 AD - Northern Europe. Bjólf and the viking crew of the ship Hrafn flee up an unknown river after a bitter battle, only to find themselves in a bleak land of pestilence. The dead don't lie down, but become what the villagers call draugr--the undead--returning to feed on the flesh of their kin. Terrible stories are told of a dark castle in a hidden fjord, and of black ships that come raiding with invincible draugr berserkers. And no sooner has Bjólf resolved to leave, than the black ships appear... Now stranded, his men cursed by the contagion of walking death, Bjólf has one choice: fight his way through a forest teeming with zombies, invade the castle and find the secret of the horrific condition--or submit to an eternity of shambling, soulless undeath!