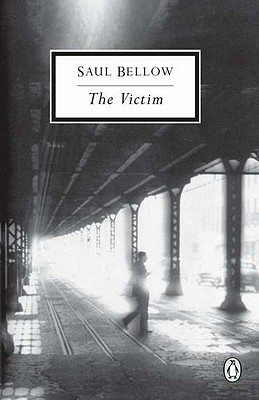 "The best novel to come out of America-or England-for a generation." V.S. Pritchett, The New York Review of Books In this unique noir masterpiece by the incomparable Saul Bellow, a young man is sucked into the mysterious, heat-filled vortex of New York City. Asa Leventhal, a temporary bachelor with his wife away on a visit to her mother, attempts to find relief from a Gotham heat wave, only to be accosted in the park by a down-at-the-heels stranger who accuses Leventhal of ruining his life. Unable to shake the stranger loose, Leventhal is led by his own self-doubts and suspicions into a nightmare of paranoia and fear. This Penguin Classics edition features an introduction by National Book Award winner Norman Rush. For more than seventy years, Penguin has been the leading publisher of classic literature in the English-speaking world. With more than 1,700titles, Penguin Classics represents a global bookshelf of the best works throughout history and across genres and disciplines. Readers trust theseries to provide authoritative texts enhanced by introductions and notes by distinguished scholars and contemporary authors, as well as up-to-datetranslations by award-winning translators. From the Trade Paperback edition.
Reviews from Goodreads.com