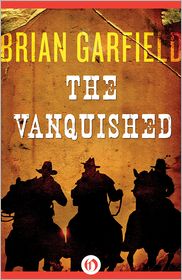 Share:
A California politician goes to Mexico to make himself king.

The Sonorans hire Henry Crabb to protect them from Apaches. In the lawless days that followed the Mexican-American War, bands of Indians roamed the countryside, preying on the hard-working peasants of northern Mexico. Desperate for help, a farming community offers Crabb land to establish a colony in exchange for a year's protection from the marauders. The Sonorans do not recognize that Crabb - a Californian with frustrated political ambition - is the greatest threat of all.

Although their deal was for peaceful settlement, Crabb's thoughts turn quickly to conquest. In the tradition of American filibusters like William Walker, Crabb attempts to establish Sonora as an independent country - with him as the dictator. Based on a true story, this is a stunning narrative of conquest, adventure, and the shocking lengths to which ambition can drive men.