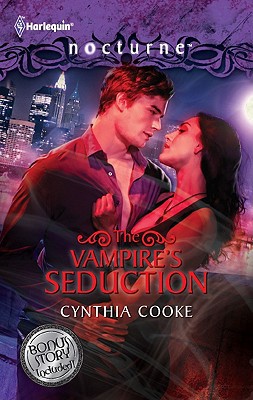 Share:
Finding out she was a witch had upended Mari Saguna's staid life, but being thrown into a war between dark, otherworldly creatures in New York City surpassed the surreal. Her coven battled a clan of vampires...and caught in the middle were Mari and one vampire hell-bent on rescuing his kidnapped brethren.

No spells could protect her from Nicholai, the potent, mysterious seducer. No potions could assuage the longing he'd awakened in her. In his lair, Mari wasn't sure she wanted protection...until she discovered Nicholai's dark intention. Could she believe the enemy she'd come to love meant to destroy her? And would it matter when Nicholai discovered she -- and her blood -- were her coven's secret weapon?