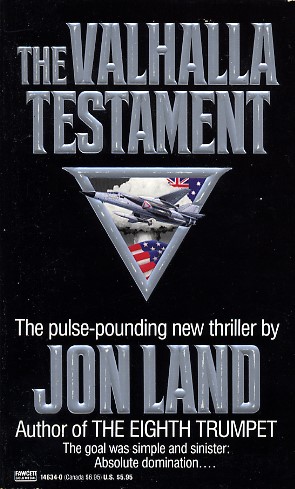 Share:
THREAT
In Nicaragua, a devious conspiracy is gathering its forces. The deaths of a few are merely the prelude to the annihilation of millions. Into the middle of this maelstrom walks an unsuspecting American named Jamie Skylar.

TOTAL DESTRUCTION
In New York City, an agent called Crane is murdered, but not before he passes a dire warning to a beautiful agent called Chimera. Time is short, and she must journey across the globe in search of the force that can destroy half a continent.

CONSPIRACY
Evil men envision the twilight of human freedom. A cruel yoke will enslave mankind, if Jamie Skylar and Chimera lose the trail that is being erased beneath their very feet.

FINAL CONFRONTATION
In the end, the awesome battle for supremacy that was initiated in the hidden chambers of madmen, fueled by the Washington, D.C. establishment, rehearsed in the Australian outback and ignited in Central America will explode on a small island off the coast of America.

Unless the final secret is revealed, no opponent will be powerful enough to defeat...