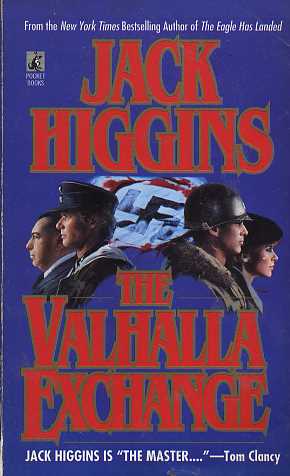 Share:
April 1945: A bitter, bloody war draws to an end--yet for some the battle has just begun. The Berlin skies are lit with fire as Russian artillery reduces the city to rubble. In the Fiihrerbunker, the Nazi high command prepares to meet its fate: surrender, defeat, and death. But Martin Bormann has devised another option--a brutally - brilliant scheme to slip untouched through Allied lines.

The key to the escape plan is the prominenti, five prominent Allied captives held in Austria--bargaining chips Bormann intends-to use to buy his freedom. But first he must get to them through the tightening grip of the Allied forces. Bormann enlists Major Karl Ritter, SS Panzer Division, to secure the prisoners high in the Bavarian Alps--but he doesn't count on resistance from the captives themselves, led by American war hero Brigadier General Hamilton Canning. The result is a high-stakes, high-suspense war of nerves that races to a climax as explosive as it is shocking.