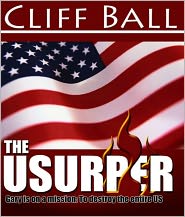 Seventeen year old Mary O'Hara defects to the Soviet Union, thinking that life would be better there, and with the idea that she can help the Soviets in their supposed plans for world domination. A year into it, she discovers that all is not as it seems. Her life will turn into more turmoil once she discovers that they used her to give birth to a son who is meant to be the catalyst that brings down the United States from within. She increasingly fears for herself as her son grows older. Mary's son, Gary, is raised to hate. Hate the United States, its people, and everything they have ever stood for. His mission is to destroy the country from within, allying himself with the worst of America's enemies, and one very powerful and malevolent trillionaire, to accomplish the deed. Once elected to the highest position in the land, Gary puts his lifelong goals to work, and puts the USA onto the path of ultimate destruction. He stops at nothing to rid the USA of his political and spiritual enemies on the right, until a small group on the right decide they've had enough, and they want to stop him. Dale Stewart comes home after serving in the Afghanistan theatre while in the military. The government has issued new orders, creating a Civilian Defense Force, of which Dale will have to serve in. His first orders with his new outfit have him question which side he is on, and each successive mission causes him to doubt this new President and his ideas. When the President orders something that goes against everything Dale believes in, Dale seeks out the new Resistance, and joins them to stop the President. Will they succeed or will the United States be relegated to the dustbin of history?
Reviews from Goodreads.com 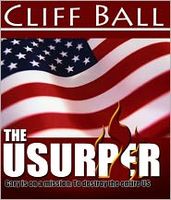