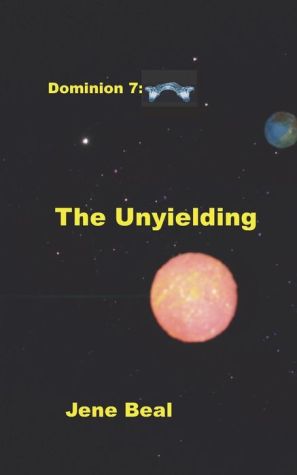 Dominion 7: The Unyielding, a book by Jene Beal Dominion forces, both in leadership positions and on the battlefields, work to destroy Jethro and his men. It does not stop Jethro and his men from foiling one plan after another. In a bold move, Sterilizer, the infamous assassin, finally comes up with a fool proof plan. Everything works as the assassin plans. There is no way for Jethro to avoid death this time. Jethro and a handful of his men are marooned on a very hostile planet and assumed dead. Jethro has to learn to fight a new kind of war if he hopes to survive. The Unyielding is the 7th full length novel in the Dominion series. The Unyielding is a fast paced futuristic Science Fiction / Action Thriller.
Reviews from Goodreads.com