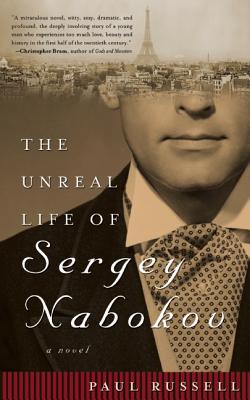 Share:
In his novel based on the extraordinary life of the gay brother of Vladimir Nabokov, Paul Russell re-creates the rich and changing world in which Sergey, his family and friends lived; from wealth and position in pre-revolutionary Russia, to the halls of Cambridge University, and the Parisian salon of Gertrude Stein and Alice B. Toklas. But it is the honesty and vulnerability of Sergey, our young gay narrator, that hook the reader: his stuttering childhood in the shadow of his brilliant brother, his opium-fueled evenings with his sometime lover Cocteau, his troubled love life on the margins of the Ballets Russes and its legendary cast, and his isolation in war torn Berlin where he will ultimately be arrested, sent to a camp and die in 1945. A meticulously researched novel, in which you will meet an extraordinary cast of characters including Picasso, Diaghilev, Stravinsky, Magnus Hirschfield ("Tante Magnesia"), Gertrude Stein and Alice B. Toklas, Cocteau, and of course the master himself, Vladimir Nabokov, this is ultimately the story of a beautiful and vulnerable homosexual boy growing into an enlightened and courageous man.