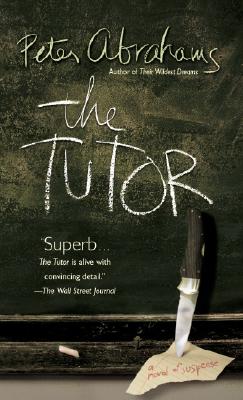 Master of psychological suspense Peter Abrahams returns with an ingenious tale of an ordinary family that unknowingly invites the agent of their destruction into their own home.

When Scott and Linda Gardner hire Julian Sawyer to tutor their troubled teenage son Brandon, he seems like the answer to a prayer. Capable and brilliant, Julian connects with Brandon in a way neither of his parents can. He also effortlessly helps Linda to salvage a troubled business deal and gives Scott expert advice on his tennis game. Only eleven-year old Ruby—funny, curious, devoted to Sherlock Holmes—has doubts about the stranger in their midst who has so quickly become like a member of the family. But even the observant Ruby is far from understanding Julian’s true designs on the Gardners.

For Julian, the Gardners are like specimens in jars, creatures to be studied— and manipulated. Scott is a gambler with no notion of odds, festering in the shadow of his more successful brother. Linda is ambitious, hungry for the cultured stimulation Julian easily provides. Brandon is risking his future late at night in the town woods. And Ruby—well, she’s just a silly little girl. And in that miscalculation lies the Gardner family’s only possible salvation.

In The Tutor, Peter Abrahams creates a living, breathing portrait of an American family, their town, their secrets, their dreams—and a portrait just as compelling of the menace they welcome into their home. It is his most chilling, suspenseful novel to date.
Reviews from Goodreads.com 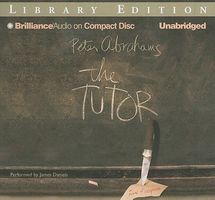