The Triumph of Deborah — Eva Etzioni-Halevy 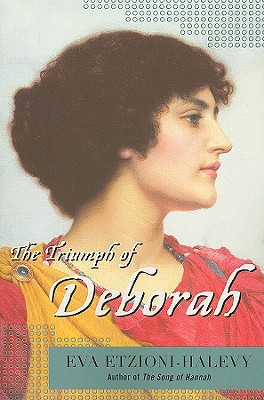 The richly imagined tale of Deborah, the courageous Biblical warrior who saved her people from certain destruction

In ancient Israel, war is looming. Deborah, a highly respected leader, has coerced the warrior Barak into launching a strike against the neighboring Canaanites. Against all odds he succeeds, returning triumphantly with Asherah and Nogah, daughters of the Canaanite King, as his prisoners. But military victory is only the beginning of the turmoil, as a complex love triangle develops between Barak and the two princesses.

Deborah, recently cast off by her husband, develops a surprising affinity for Barak. Yet she struggles to rebuild her existence on her own terms, while also groping her way toward the greatest triumph of her life.

Filled with brilliantly vivid historical detail, The Triumph of Deborah is the absorbing and riveting tale of one of the most beloved figures in the Old Testament, and a tribute to feminine strength and independence.

The third book in Eva Etzioni-Halevys novels featuring women of the Bible. This is biblical fiction at its best.
Reviews from Goodreads.com 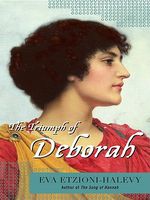