The Total Emasculation of the White Man — David Valentine Bernard 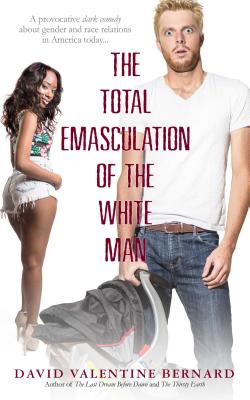 Share:
A sci-fi mystery -- and a very dark comedy -- about several (mostly white) men who are systematically driven insane by a series of bizarre events.

One of the men wakes up in the woods one day with amnesia and is confronted by a dominatrix who tells him they are on a mission from God. She takes him to Atlanta, where he comes upon an unapologetically racist and sexist book called "The Total Emasculation of the White Man" -- which sets him off on an even stranger quest. Another man, a college mathematics professor turned stay-at-home dad, finds himself losing his mind when his son's demonic teddy bear comes to life. Other men see even stranger horrors, but all these seemingly unconnected stories are part of a grand scheme that is either the work of a mischievous god or something even weirder.

Blending elements of fantasy, mystery, science fiction and comedy, "The Total Emasculation of the White Man" is a provocative exploration of gender and race relations in America today.