The Tombs of Kobol — Glen A. Larson; Robert Thurston 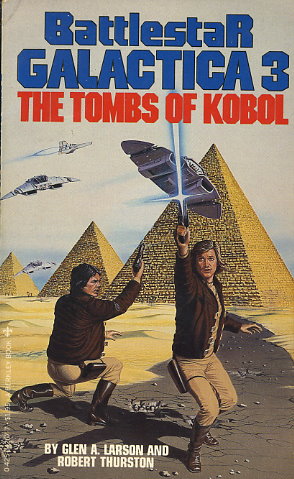 Share:
As the vast and gallant Galactica plunges into the terrifying emptiness of the Great Void, one crew-member has been left behind. Starbuck! Sent on a dangerous scouting mission, he has been lured into a trap by a renegade human-robot team who have an even more dangerous mission for him -- betray humankind to the Cylon invaders! Destroy the starfleet of his friends in the incredible battle by the ancient tombs that hold the final secret to the Lost Planet "earth!"