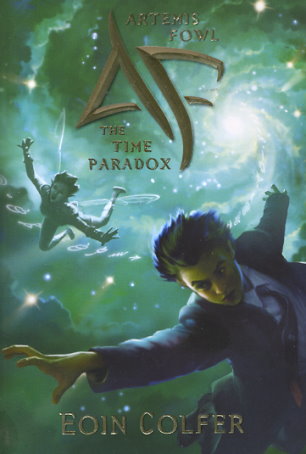 AFTER DISAPPEARING FOR THREE YEARS, Artemis Fowl has returned to a life different from the one he had. Now he's a big brother, and spends his days teaching his twin siblings the important things in life, such as how to properly summon a waiter at a French restaurant.

But when Artemis's mother contracts a life-threatening illness, his world is turned upside down. The only hope for a cure lies in the brain fluid of the silky silaka lemur. Unfortunately, the animal is extinct, due to a heartless bargain Artemis himself made as a younger boy.

Though the odds are stacked against him, Artemis is not willing to give up. With the help of his fairy friends, the young genius travels back in time to rescue the lemur and bring it to the present. But to do so, Artemis will have to defeat a maniacal poacher who has set his sights on new prey: Holly Short.

The rules of time travel are far from simple, but to save his mother, Artemis will have to break them all . . . and outsmart his most cunning adversary yet: Artemis Fowl, age ten. 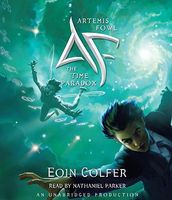