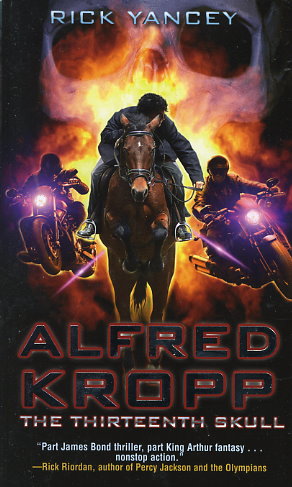 Share:
ALFRED HAS A HISTORY OF SAVING THE WORLD...BUT HIS LUCK MAY BE RUNNING OUT

A dangerous new enemy is tracking Alfred Kropp's every move. And the people who have sworn to protect him are beginning to seem less and less trustworthy. His new nemesis, Jourdain Garmot, is obsessed with the mysterious Thirteenth Skull, but Alfred has no idea what that has to do with him. And then there's Sofia. Who -- or what -- is Sofia and how is she related to this elusive Thirteenth Skull? With his enemies and allies becoming difficult to distinguish, Alfred is in more danger than he's ever known.