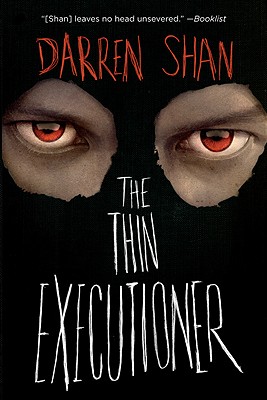 In a kingdom of merciless tyrants, Jebel Rum's family is honored as royalty because his father is the executioner. But Rashed Rum is near retirement. And when he goes, there will be a contest to determine his successor. It is a contest that thin, puny Jebel has no chance of winning. Humiliated and ashamed, Jebel sets out on a quest to the faraway home of a legendary fire god to beg for inhuman powers so that he can become the most lethal of men. He must take with him a slave, named Tel Hesani, to be sacrificed to the god. It will be a dark and brutal journey filled with lynch mobs, suicide cults, terrible monsters, and worse, monstrous men. But to Jebel, the risk is worth it. To retrieve his honor . . . To wield unimaginable power . . . To become . . . The thin executioner
Reviews from Goodreads.com