The Temple Of The Sky — Glen Johnson 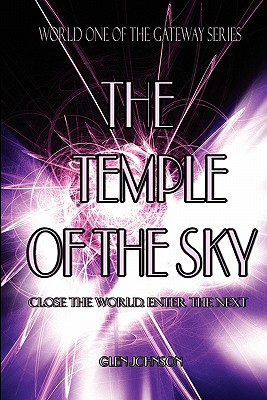 Long, long ago, entities with god-like powers brought together seven worlds, joined them by means of conduits-Gateways. Each supplying the next with what it lacked, from a surplus of what that world produced, making life on all seven worlds possible. Then they disappeared. Each world became an individual. Two brothers stumble on the Gateway passing from our world to the next, and are endowed with powers beyond comprehension, vital for survival in this hostile and intelligent world where nightmarish creatures feed on the weak. Titanic battles rage; good against evil, magic against machinery, mortal against immortal. A civil war rages between spirit creatures and a powerful self-proclaimed God. Why is the American government sending an army of mass destruction with the latest military technology through? Time is short, the armies are amassing. And what's the prophecy about, scratched on a wall of a prison cell by dying hands?
Reviews from Goodreads.com