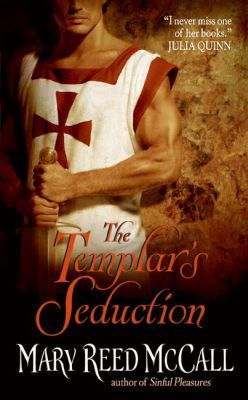 Only a lie will save his life . . .
Sentenced to the gallows for trying to sell the treasures of the Knights Templar, Sir Alexander de Ashby has one chance for survival. The scoundrel must impersonate the late Earl of Marston, to whom he bears an uncanny resemblance, and infiltrate the lord's border castle. But first he must convince the earl's beautiful Scottish bride that his rightful place is in her bed.

But only love can save his soul.
Relieved that the story of her long-absent husband's death was false--and enticed by a wild, sensuous side of him she had never experienced before--Lady Elizabeth cautiously welcomes "the earl" back into her heart, unaware that the breathtaking imposter intends to vanish. But escape may be impossible even after his secret is revealed. For now Alexander burns for the proud, remarkable lady . . . and desires nothing more than to live--and die, if he must--for a glorious love born of deception and sin.
Reviews from Goodreads.com

The Templar’s Seduction is book three of the Templar Knights series by American author, Mary Reed McCall. Sir Alexander de Ashby has an uncanny resemblance to Robert Kincaid, Earl of Marston, a feature his English captors decide to use to their advantage. Kincaid has been gone from Dunleavy for five years, apparently murdered in captivity. They blackmail Alex into posing as Kincaid to feed them information essential to their attack.

Robert’s wife, Lady Elizabeth of Selkirk, has been fending off both the English and a neighbouring lord intent on acquiring Dunleavy. She is grateful when her husband reappears, if a little wary: as well schooled as Alex has been in Robert’s ways, something does not ring quite true. Alex woos the Lady and keeps his part of the bargain with the English, but begins to feel a more-than-passing attraction for Beth, and this feels guilty for his deception. Readers who like their Scottish history mixed with a bit of sexy romance may enjoy this one.