The Taste of Night — R.L. Stine 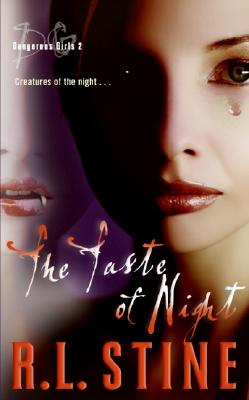 Destiny Weller and her twin sister, Livvy, were as close as two sisters could be-until Livvy chose to become a vampire, leaving Destiny behind. Now Destiny will do anything to bring Livvy back to the family. But in Livvy's world of endless darkness, she knows there is only one way she and Destiny can be reunited -- Destiny must become a vampire too. . . .

Which sister will live to see the glow of the next full moon?
Whose lips will savor the taste of night?
Who will survive?
Reviews from Goodreads.com