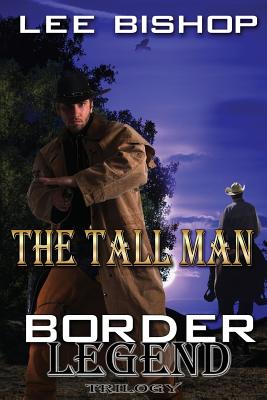 Ricardo Montoya had never disobeyed Don Diego Salazar’s orders until he was told to execute Apache women and children. Montoya had risen to the position of second in command and was instrumental in the building of Don Diego’s huge cattle empire. Montoya is stripped of his title for refusing to kill the Apaches. The confrontation occurred in front of a large group of vaqueros, which caused the Don to lose face. Ricardo becomes a target, is ordered to be killed and a price put on his head. While recovering from wounds inflicted by an assassin, he learns that his father, Gustavo, is dying and journeys back to El Rancho Grande. He is shocked by his father’s revelation that, as a baby, he was the lone survivor of a stage coach ambush in the Arizona Territory. From atop a hill, Gustavo witnessed the murders and was able to save the baby. He raised Ricardo in Mexico as his own son. Ricardo is denied a home and his future is bleak in Mexico. The news of his unknown parentage consumes his thoughts, and he heads across the border in search of his true heritage with only a few clues to guide him. Ultimately, he learns the truth and finds himself caught in a treacherous web of lies and murder. Montoya learns that he is an heir to the Barringer cattle, mining and lumber empire in southern Arizona Territory, ruled by his grandmother, Victoria Barringer. She accepts him as a rightful heir, but his uncle plots to kill him. Ricardo’s birth name is James Barringer. Simultaneously, the Apache Wars in the southwest reach the boiling point. Montoya constantly leads men in clashes with the Apaches who jump the reservations in the Arizona Territory and head south of the border to raid, plunder and murder. Apache Chief Sky Walker plays a key role in the raiding and plundering. Following years of fighting each other, the Apache Chief and Montoya achieve a grudging respect for one another. Don Diego Salazar continues to hunt for Montoya, and Ricardo must face his arrogant oppressor during a climactic battle with the Apaches. At the conclusion, Ricardo is more comfortable with his real name, James Barringer, and with managing the Barringer cattle ranch. But, will he stay in the Arizona Territory or be drawn back to Mexico?
Reviews from Goodreads.com