The Tales of the Heike — Haruo Shirane 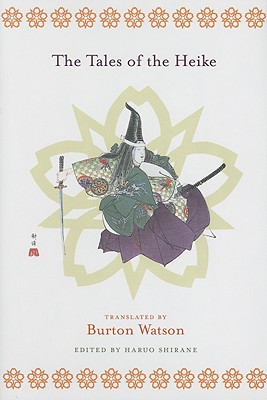 The Tales of the Heike is one of the most influential works in Japanese literature and culture, remaining even today a crucial source for fiction, drama, and popular media. Originally written in the mid-thirteenth century, it features a cast of vivid characters and chronicles the epic Genpei war, a civil conflict that marked the end of the power of the Heike and changed the course of Japanese history. The Tales of the Heike focuses on the lives of both the samurai warriors who fought for two powerful twelfth-century Japanese clans-the Heike (Taira) and the Genji (Minamoto)-and the women with whom they were intimately connected.

The Tales of the Heike provides a dramatic window onto the emerging world of the medieval samurai and recounts in absorbing detail the chaos of the battlefield, the intrigue of the imperial court, and the gradual loss of a courtly tradition. The book is also highly religious and Buddhist in its orientation, taking up such issues as impermanence, karmic retribution, attachment, and renunciation, which dominated the Japanese imagination in the medieval period.

In this new, abridged translation, Burton Watson offers a gripping rendering of the work's most memorable episodes. Particular to this translation are the introduction by Haruo Shirane, the woodblock illustrations, a glossary of characters, and an extended bibliography.
Reviews from Goodreads.com