The Sword and the Flame — Stephen R. Lawhead 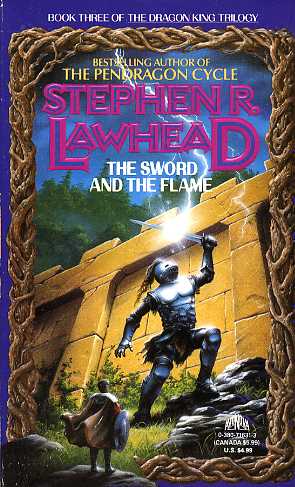 In the swirling gray mists of a dark and ancient world, in a time of treachery, war and magic--of false gods and the One True--a hero will be born in blood and fire, to fulfill the lost and magnificent promise of...THE DRAGON KING

The noble King Eskevar is dead and Quentin, wielder of the Zhaligkeer, has ascended to the throne of Mensandor--achieving a greatness undreamed of in his earlier life as a young acolyte of a pagan god. But the crown rests heavily upon his head. For his son has been kidnapped and his most trusted counselor slain by the base and powerful necromancer Nimrood, archnemesis of the realm. And now fate will test the Dragon King as never before--impelling Quentin, unguarded and alone, toward a dread confrontation with the forces of a relentless and devastating Evil.
Reviews from Goodreads.com 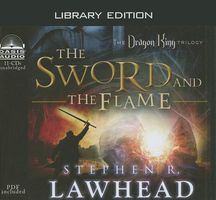 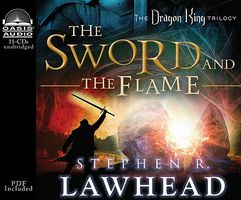