The Sweetness of Forgetting — Kristin Harmel 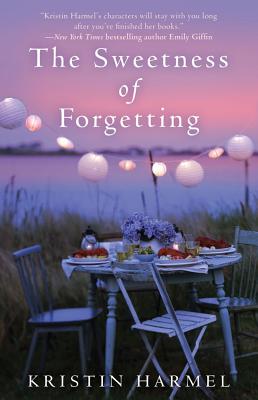 At thirty-six , Hope McKenna-Smith is no stranger to bad news. She lost her mother to cancer, her husband left her for a twenty-two year old, and her bank account is nearly depleted. Her own dreams of becoming a lawyer long gone, she's running a failing family bakery on Cape Cod and raising a troubled preteen.

Now, Hope's beloved French-born grandmother Mamie, who wowed the Cape with her fabulous pastries for more than fifty years, is drifting away into a haze of Alzheimer's. But in a rare moment of clarity, Mamie realizes that unless she tells Hope about the past, the secrets she has held on to for so many years will soon be lost forever. Tantalizingly, she reveals mysterious snippets of a tragic history in Paris. And then, arming her with a scrawled list of names, she sends Hope to France to uncover a seventy-year-old mystery.

Hope's emotional journey takes her through the bakeries of Paris and three religious traditions, all guided by Mamie's fairy tales and the sweet tastes of home. As Hope pieces together her family's history, she finds horrific Holocaust stories mixed with powerful testimonies of her family's will to survive in a world gone mad. And to reunite two lovers torn apart by terror, all she'll need is a dash of courage, and the belief that God exists everywhere, even in cake. . . .
Reviews from Goodreads.com