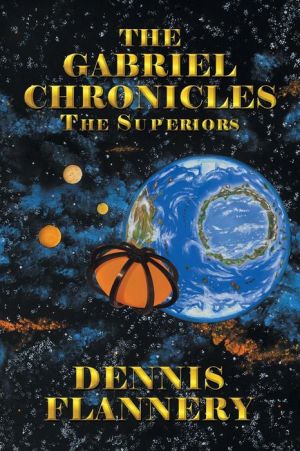 Share:
In the middle of the twenty-first century, an exceptional group of men and women set out to colonize another planet, which would come to be known as the planet Gabriel. Meanwhile, those who were left behind create SLFssynthetic life-forms designed to aid humanity. Then, in the twenty-fifth century, the earth is destroyed by a massive asteroid, with a small group of humans and SLFs just barely escaping. Now they and the colonists of Gabriel are all that remain of the human race. The Gabriel Chronicles, the last volume of a trilogy, tells the story of the extraordinary lives and adventures of the men and women living in this new world. It tells of the birth of two infants who were extraordinary in appearance and abilities and who may represent the next step in human evolution. As humanity works to establish itself on Gabriel, the colonists experience miracles, natural disasters, and the new planets first murder. They also encounter an ancient race of alien beings whose intelligence and technology are far beyond those anything they could imagine. Now only time will reveal humankinds new place among the races of the galaxy. In this science fiction novel, the third in a series, following the destruction of Earth, human colonists work to establish themselves on a distant planet among alien beings.