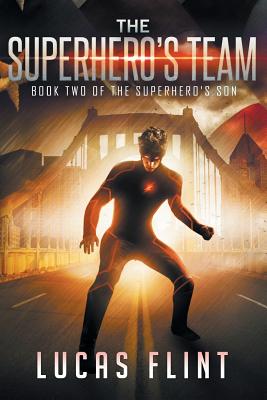 A month after his debut as the superhero Bolt, Kevin Jason's life has changed greatly. Everyone seems to have taken an interest in him, including major presidential candidate and ex-super villain Adam Plutarch, whose true motives for supporting Kevin are murky and unclear.

But fame isn't all bad, especially when Kevin is offered a position on a team of young superheroes that offers him a great chance to advance in his superhero career. He leaps at the chance to join, hoping to make some new friends and maybe get a little closer to its leader, the mysterious and beautiful Incantation.

Yet the situation takes a more complicated turn when Kevin uncovers a conspiracy within the team that threatens to destroy not just the superhero community, but the entire country. And if Kevin does not find out who is friend and who is foe quickly, then he can say good bye to not only his superhero career, but to his very life.
Reviews from Goodreads.com