The Summer We Saved the Bees — Robin Stevenson 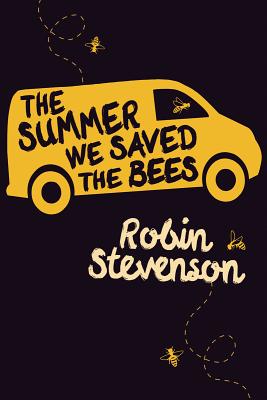 Wolf's mother is obsessed with saving the world's honeybees, so it's not too surprising when she announces that she's taking her Save the Bees show on the road -- with the whole family. Wolf thinks it's a terrible plan, and not just because he'll have to wear a bee costume -- in public. He likes his alternative school and hates the idea of missing weeks of classes. His teenage stepsister doesn't want to leave her boyfriend, and one of his little half sisters has stopped talking altogether, but Wolf's mom doesn't seem to notice. She's convinced that the world is doomed unless ordinary people take extraordinary action. It isn't until the kids take some drastic action of their own that she is forced to listen when Wolf tells her that dragging the family around the province in a beat-up Ford panel van may not be the best idea she ever had.
Reviews from Goodreads.com