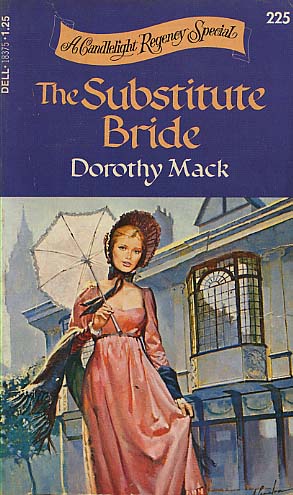 Angelica Wayne was in a most devilish dilemma! It began when she was forced to take a post as a governess to Lord Giles Weston's motherless daughter. It grew more difficult when Angelica lost her heart to this dazzling viscount who once had been wed to the reigning beauty of the realm and now was linked with the most desirable lady of the London season.

Angelica was resigned to forever masking her feelings until Giles made a proposal that might be the answer to her wildest dreams. Sure of Angelica's indifference to him, Giles asked her to be his wife in name only, with each of them free to lead separate lives. Thus only by living a lie could Angelica keep the only man she had ever wanted, as this spirited Regency heroine staked all her happiness on a man who was afraid to love!
Reviews from Goodreads.com