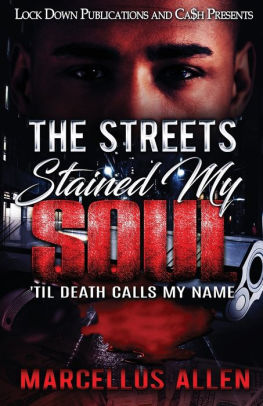 
DAVONTAE “JUICE” STOKES has only two things on his mind: spilling the blood of the man that killed his brother and adding dead presidents to his safe. His thirst for revenge keeps his heart beating as he impatiently waits for his bother’s killer to be released from prison so he can unleash his inner beast and extract revenge on the man. From home invasions to contract killings, Juice does it all for the love of the almighty dollar. Multiple gangs are at war with each other for control of the Portland drug trade. Since O’DAWG is in jail and the Mob life is no longer, the body count has been piling up. Juice, GUNNA and their Murda Gang crew are just spectators until Juice gets a call from O’Dawg directing him to give snitches stiches! In the blink of an eye, The Murda Gang goes from spectators to full fledge participants, tipping the scales of the war. But, when Juice makes a bold decision, things could spiral out of control quickly. Can Portland's most notorious shooter survive the notorious streets, his enemies, and every day baby mama drama? Or will the traps he sets for others ultimately snare Juice?