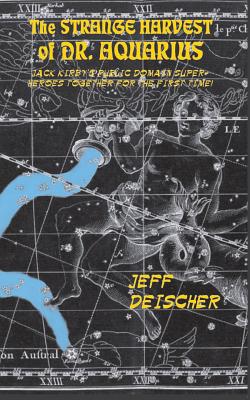 THE AGE OF AQUARIUS IS HERE! America’s Bicentennial is fast approaching as the existence of a new race of superhumans is revealed – Homo Nova! But amid this exciting and anxious news comes tragedy – America’s Greatest Hero has been killed! It is up to America’s superheroes to find the killer! And to deal with the fact that humans are no longer Earth’s sole inheritors. The Strange Harvest of Dr. Aquarius unites for the first time Jack Kirby’s characters that have fallen into the public domain. The King of Comics either created or co-created the stars of this novel: Mr. Scarlet, the Stuntman, the Boy Explorers, the Red Demon, Captain 3D – and more, as the mantle has been passed from the Golden Age heroes to a new generation! Join the Guardians of Democracy in this fast-paced tribute to Jack Kirby, the King of Comics!
Reviews from Goodreads.com