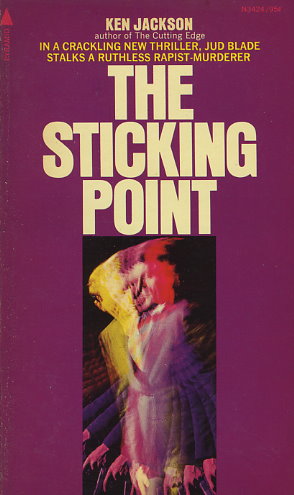 A witness from the grave

Ben Alexander, a corrupt Oklahoma lawman, was savagely gunned down before he could name his accomplice. His girl friend went down with him -- after being brutally raped.
Was it a syndicate killing or private vengeance?

Had Ben left a tape that exposed his killer?

For Jud Blade, ex-FBI agent, catching the vicious murderer was an urgent personal matter. Working closely with a crusty old sheriff and a Cherokee lawyer of gargantuan proportions, Blade unearths some dangerous secrets the town thought were safely buried. As the final pieces to the puzzle fell into place, time threatened to run out -- especially when he realized that he was dead center in the cross-hairs of the killer's sights.
Reviews from Goodreads.com