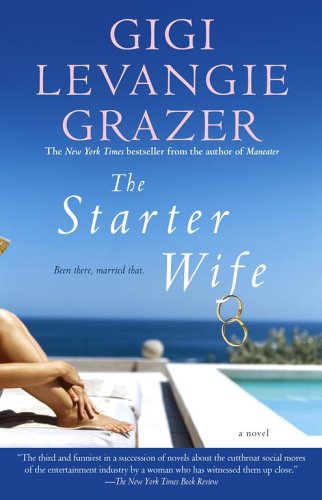 Share:
Gracie always believed she and Kenny were different from other Hollywood couples. She was never supposed to be a starter wife. . . .

When Gracie Pollock is dumped by her husband, Kenny -- on her cell phone, no less -- mere months before their tenth wedding anniversary, she is left completely dumbfounded. Sure, life as the wife of a semi-famous Hollywood executive often left her yawning, but she was blissfully accustomed to the luxurious and cushy lifestyle it afforded her (not to mention a fabulous designer wardrobe).

But Kenny had moved on to a new (and younger) pop tartlet girlfriend who seems to be everywhere Gracie turns. While she's seeking refuge at her best friend's Malibu mansion, one day a mysterious hunk saves her from drowning -- and suddenly, drowning in her sorrows seems like a waste of time. And when she finds herself smitten with Kenny's boss, one of Hollywood's better-known Lotharios, Gracie discovers that life after divorce -- Hollywood-style -- isn't so bad after all!