The Staff of Serapis — Rick Riordan 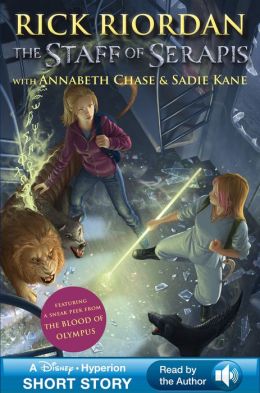 
In this adventure, Annabeth encounters more oddities in the subway than usual, including a two-headed monster and a younger blond girl who reminds her a little of herself. This is the story fans have asked for, in which Annabeth Chase teams up with Sadie Kane. The demigod daughter of Athena and the young magician from Brooklyn House take on a larger-than-life foe from the ancient world. Perhaps even more disturbing than the power-hungry god they encounter is the revelation that he is being controlled by someone -- someone all too familiar to Sadie.