The Squire and the Blacksmith — Randall R. Adams 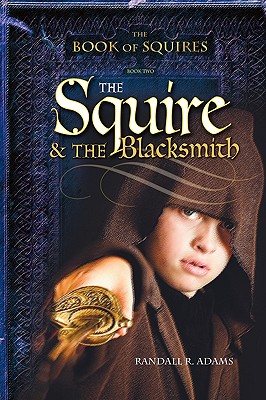 Share:
'There's a prophecy about a boy who will save the Kingdom...' Garrett Scott's father, a blacksmith, has disappeared from the village of Melas-and no one seems to know how or why. Yet rumors swirl that he's been kidnapped. On the eve of completing the Testing to become squires to the King, thirteen-year-old Garrett and his best friend, Charlie Forrest, abandon their dreams of knighthood to search for the only family Garrett has left. The web of deceit they uncover threatens not only Turngood Castle, but the Kingdom itself. Some in the rebel city of Highland's Gate believe Garrett is the boy of the prophecy-the one who will save the Kingdom from a powerful enemy-and they'll do anything to stop Garrett from fulfilling his destiny. But could the greatest danger come from someone he trusts with his life? Danger. Betrayal. Loyalty. A fantastical adventure into a magical world. Book Two, The Book of Squires series Don't miss Book One, The Squire and the King: 'Only those who survive the Testing will become squires in the service of the King.'