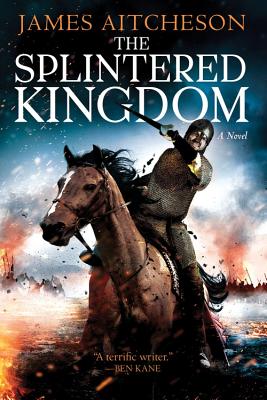 Share:
The brilliant second novel in James Aitcheson's trilogy of the Norman Conquest of England.

Summer, 1070. Renowned for his valor in the battle for York, Tancred a Dinant is now a lord in his own right, with knights of his own to command and a manor to call home in the turbulent Welsh borderlands. But his hard-fought gains are soon threatened, as a coalition of enemies both old and new prepares to march against King William.

With English, Welsh and Viking forces gathering, and war looming, the Normans are forced to make common cause with some unlikely allies in defense of their newly conquered realm. For Tancred, meanwhile, there are also enemies closer to home: Norman barons envious of his fame, who regard him as a threat to their own power and who are only too eager to see him brought low.

Amidst the turmoil, Tancred is chosen to spearhead a perilous expedition into the heart of Wales. Success will bring him glory beyond his dreams. Failure will mean the ruin of the reputation that he has worked so hard to forge. As shield-walls clash and the kingdom burns, not only is his destiny at stake, but also that of England itself.

A gripping tale of battle, honor, and vengeance, THE SPLINTERED KINGDOM is an epic saga of the struggle for England-and through it, the western world.